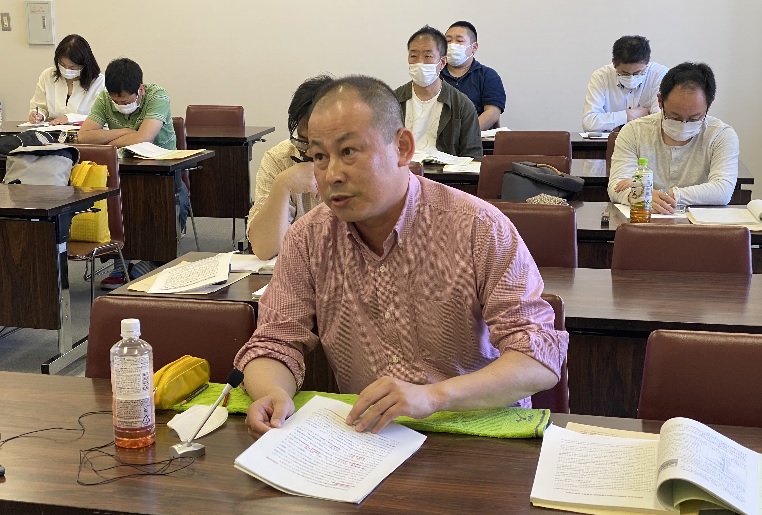 IWATE－On May 15, Secretary general Niinuma of Iwate Jichiroren gave a speech on a local union’s efforts toward effective overtime work cap at a national exchange meeting held online by Jichiroren.

Niinuma said, “Ofunato City Workers’ Union and the city authorities collaboratively conducted a survey on overtime work, the results of which showed the fact that staff work overtime constantly.”

Mentioning that the union tries to have no more workers on sick leave because of mental disorder, the union leader said, “When handing out a copy of the union newspaper to union members, union officers place a high value on having conversations with them.”