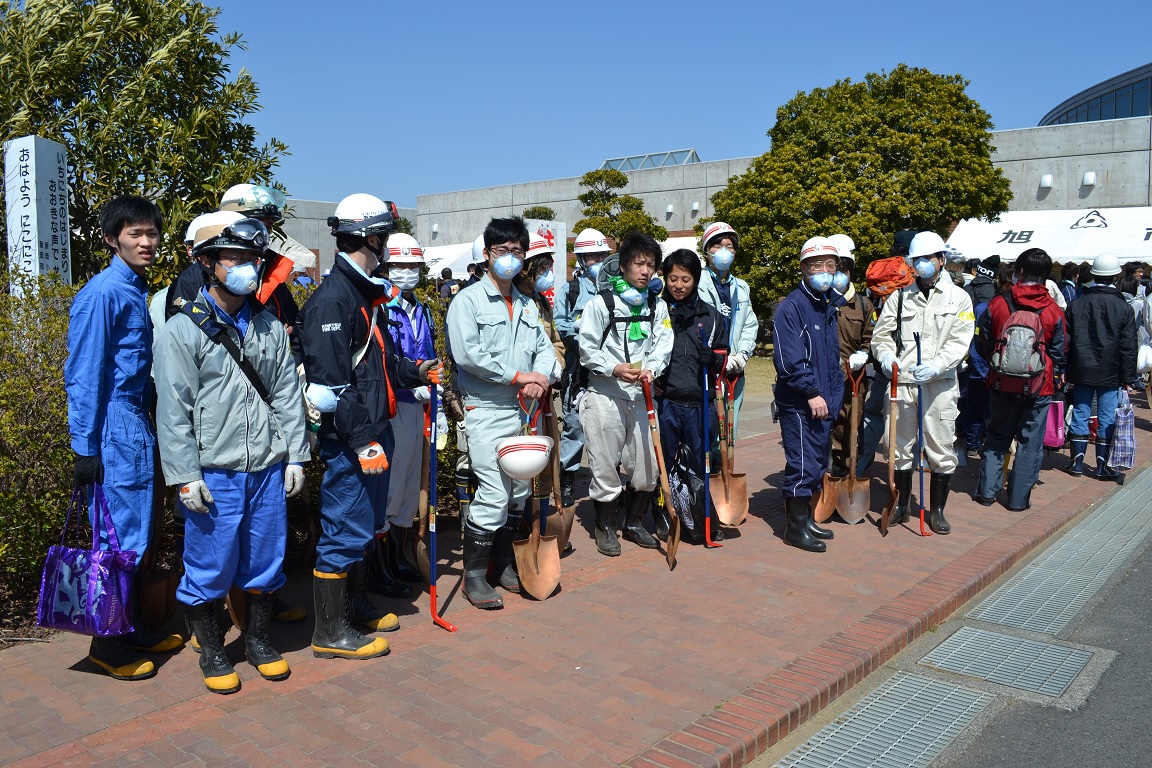 ASAHI, Chiba－The 2011 Great East Japan Earthquake and Tsunami caused serious damage in Asahi City, located in the coastal area of Chiba Prefecture. “Asahi City has suffered repeatedly from tsunamis. Our ancestors had built a stone monument inscribed with a record of the past disasters. We couldn’t make use of their wisdom,” said Kazumi Hayashi, the then president of a union of employees working for the city hall.

After the disaster, the city discussed reconstruction plans with residents. The result was that they would strengthen embankments and improve towers and public parks to provide refuges to people from a tsunami, not relocate residents’ houses to high ground. The administration and residents also conduct tsunami evacuation drills twice a year. Hayashi said, “Now, 10 years on, I sometimes feel that the memory of the earthquake and tsunami experiences among people seems to be fading. Another tsunami is certain to occur someday. I want to hand down the attitude about a disaster to future generations.”

The photo shows a member who participated in a restoration volunteer in Asahi City, Chiba Prefecture in 2011.