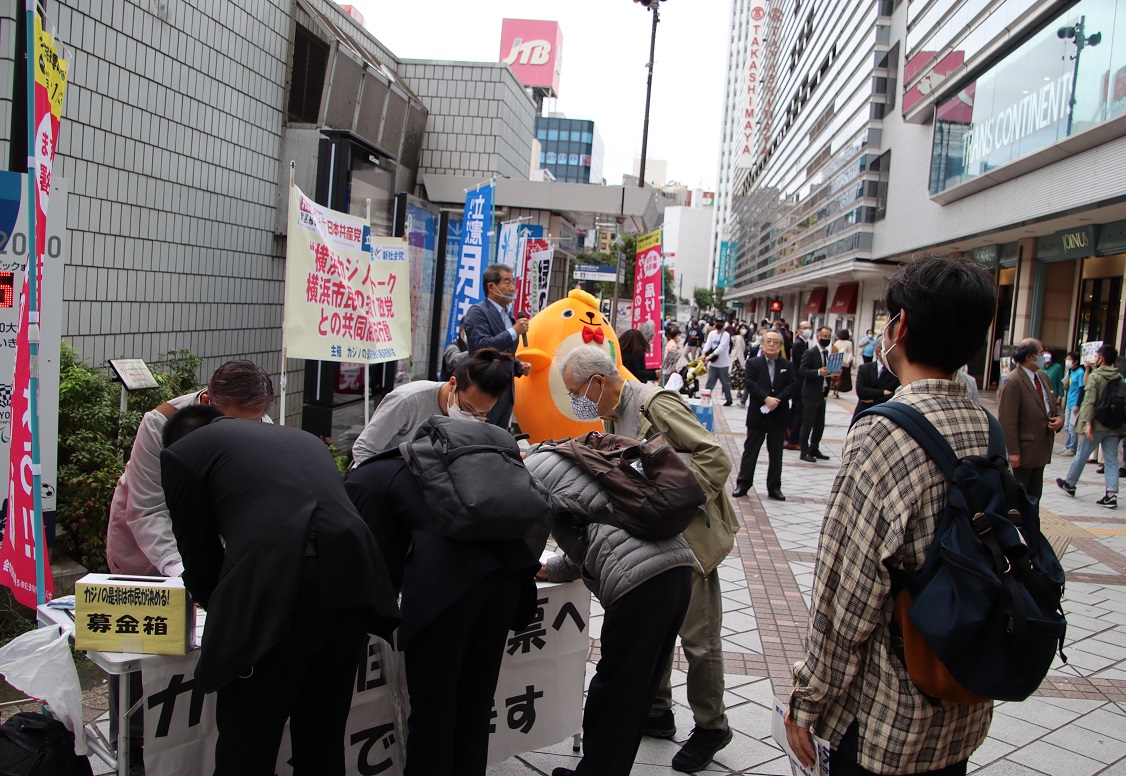 YOKOHAMA－City Employees’ Union has been in an action in cooperation with citizens to prevent Mayor Fumiko Hayashi’s plan of inviting an integrated resort (IR) featuring a casino.
The union has been opposing the plan for reasons such as the casino could put people at risk of gambling addiction, and local industries would be faced with unfair price competition with the IR that raises abundant funds by operating a casino. A citizens’ group which the union join collected nearly 200,000 signatures from citizens and submitted a petition to the mayor for holding a referendum on the IR. Ms. Hayashi put forward a bill on the referendum to the municipal assembly, along with her opposing opinion about the bill. The city’s assembly rejected the bill.
In its statement, the union pointed out, “Mayor and supporters of the mayor’s plan disregarded residents’ voices,” and declared to continue struggling hand in hand with residents until the authority give up the project. ※Pictured is a signature activity.