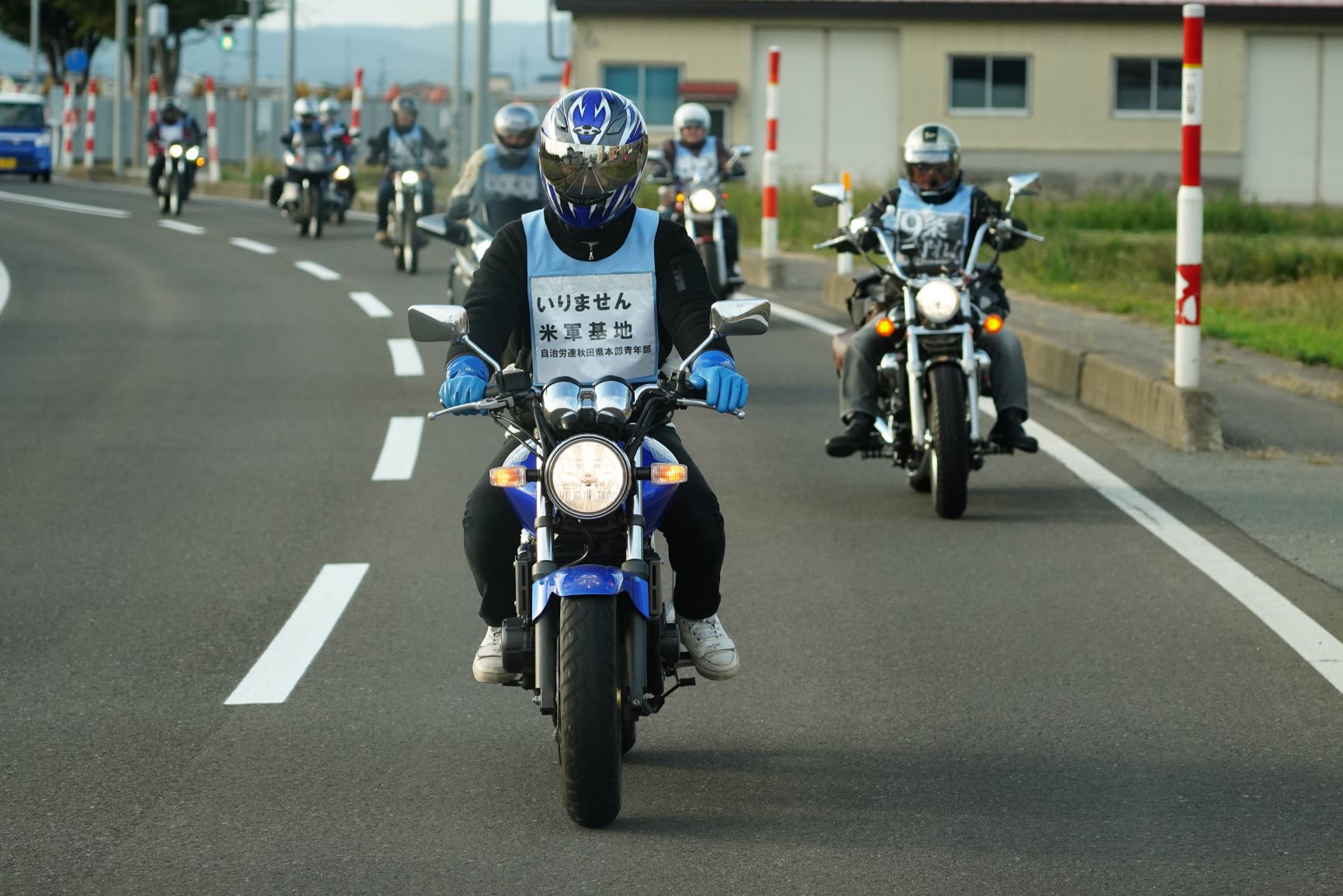 AKITA－On October 16, anti-nuclear motorcyclists ran the public roads in Akita Prefecture, as a campaign to call for the abolition of nuclear weapons. Members of Akita Jichiroren rode motorcycles wearing a vest printed with their anti-nuclear slogan. During the tour, they visited four municipal offices of Kita-akita, Daisen, and Yokote cities, and Ugo Town, where they met municipal officers and talked about collaborating in realizing a world without nuclear weapons.

This motorcyclists’ campaign was the 11th one since it resumed. When 14 riders drove, many people stopped to watch the message for a peaceful world. The next day, a local newspaper, Shuhoku Shimbun, reported the action.

In June, the Japanese government withdrew its plan to deploy the Aegis Ashore missile defense systems in Akita and Yamaguchi prefectures. The union members had called for the cancellation of the plan. That made them learn once again about the importance of their continuous movements.