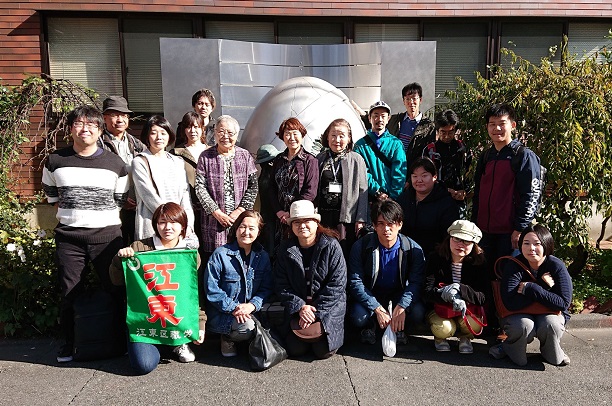 TOKYO－On November 17, young union members in Tokyo visited the Center of the Tokyo Raids and War Damage. The tour was organized by youth members of Koto City Workers’ Union. An unexploded bomb had been found at a condominium’s building site in Ariake district, Koto Ward, which made them decide to have this event.

The Tokyo raids are indiscriminate bombings on Tokyo by U.S. Air Force, which was conducted over 100 times during World War Ⅱ. Among those, the most famous one was a carpet bombing on urban areas on March 10, 1945, called the “Great Tokyo Air Raid” that killed over 95,000 people.

The youth members invited the survivors from the Tokyo Raid and listened to their stories. The members said, “ The event was a good learning opportunity,” or, “I learned a lot.”