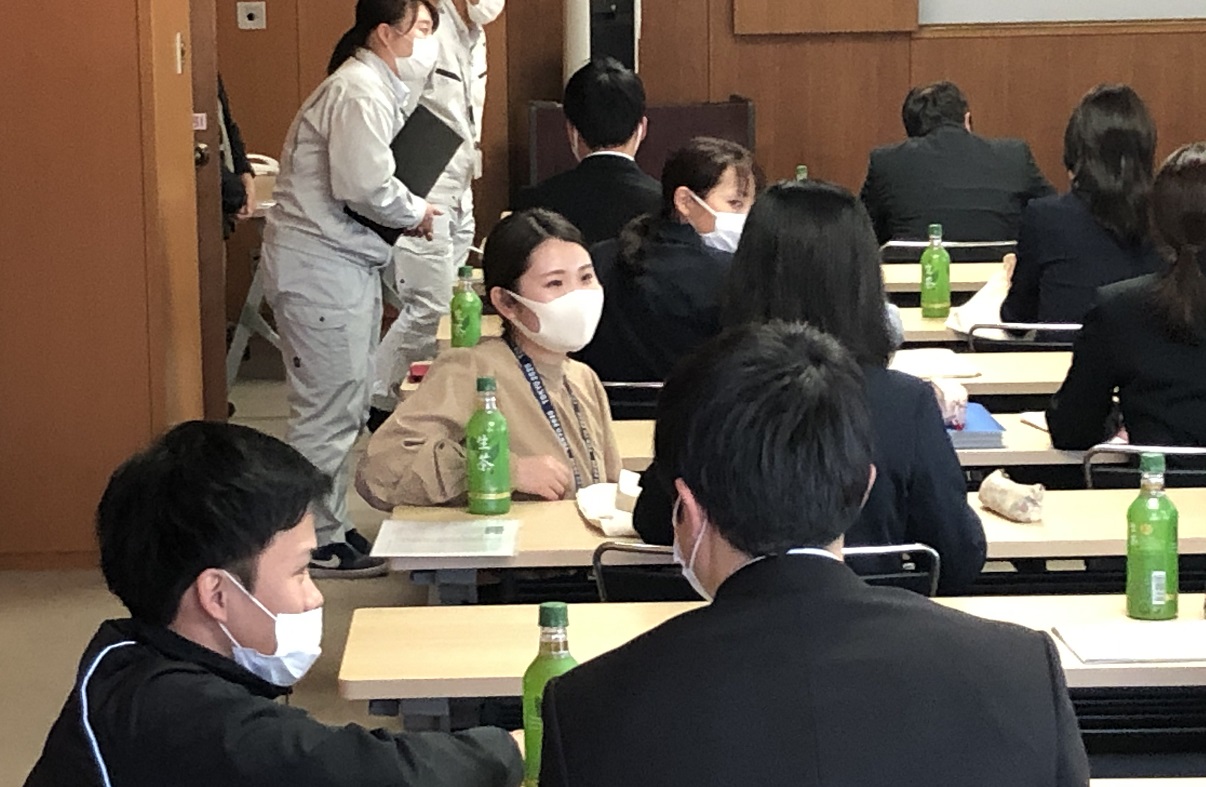 EHIME－Municipal workers’ unions of Ehime Jichiroren started inviting newcomers to join the union on April 1, the date when the fiscal year began. Members of city workers’ unions in Niihama, Saijo and Imabari cities welcomed newly hired employees in front of each city hall entrance early in the morning, distributing handbills. From that day onward, orientation sessions and welcome gatherings have been scheduled by the unions, which asked all new employees to become a member of Jichiroren.

In Seiyo City Workers’ Union, union officials visited new staff at their workplaces at lunch break, along with a union member who works at the same office. A union officer and a senior worker explained the union to the new staff, using union introduction fliers and the union’s insurance leaflets. Some of newcomers decided to join the union on the spot and received a gift from the mutual aid association of the union.