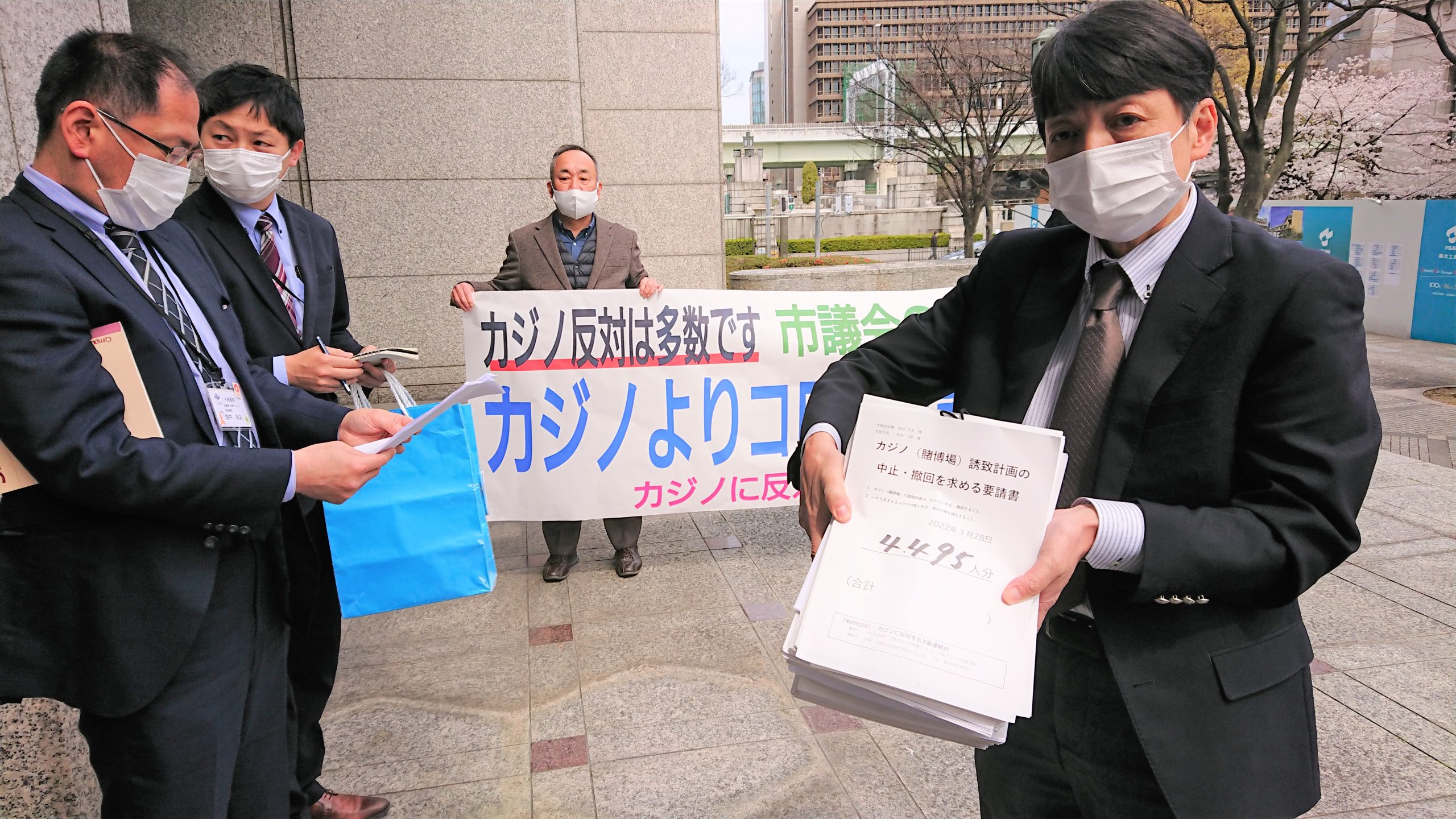 Turning their backs on the public opinion against a plan of a casino resort, Osaka Prefectural Assembly on March 24 and Osaka City Council on March 29 passed the plan. The plan is to be submitted to the national government. Most people did not know about the details of it, because both governments of Osaka Prefecture and Osaka City hadn’t offered citizens further information about the plan through their official gazettes after announcing the plan at the end of last year.

A survey by an anti-casino group in Osaka shows 56 percent of correspondents said that the assembly and the council should not approve the plan with Osaka prefectural citizens lacking detailed information about it. The mayor of Osaka City Ichiro Matsui initially said that he would not use taxpayers’ money to pay the cost of the plan, but suddenly announced his intention to bear the cost of 79 billion yen for land improvement work on planned construction site.

Osaka prefectural and Osaka city governments submitted the casino resort plan on April 27, which is fraught with problems. Casinos are unnecessary in Osaka or anywhere in Japan. The anti-casino group has just started a campaign for a petition to the national government not to approve a plan for developing a casino (gambling house) resort in Osaka.