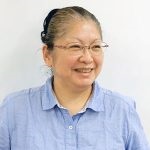 In response to the novel coronavirus, we in the public health center formed a team based on a seven-day consecutive work period starting every Saturday. We are still responding to inquiries from residents and observing health conditions of those with mild or no symptoms. We increased phone lines from two to five and received more than 300 calls in daytime. Many people complained that their phone call did not get through or why they could not have COVID-19 testing. 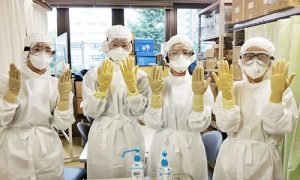 We also had to keep the follow-up health condition check on more than 100 people with mild or no symptoms staying at their home or at a hotel. During the 14-day health observation period, each of them was contacted by the same staff worker every day, who in a short time inquiry over telephone obtained a lot of information about each patient, including their symptoms, daily diets, sleeping, and what they were concerned about. That was how the staff, based on their years of professional experiences, determined their patients’ conditions. After the observation period, people thanked us for calling them every day. I think they were able to feel safe by talking with us during their days in anxiety.

In addition to the COVID-19 pandemic, we have received phone calls about the difficulty of earning a livelihood, child abuse, domestic violence, and other serious cases.

As part of the response to the coronavirus crisis, the public health center has reduced or suspended its regular services since the end of February. Closure of our over-the-counter consultation services can be very serious for residents with incurable diseases or mental illnesses as well as mothers raising children. Because of a possible increase in stress in mother-child relationship leading to more abuse and domestic violence cases, we tried to persuade the public health center chief that individual counseling services for mothers with children as well as mental and incurable disease patients should be continued even if infants’ health checkups had to be suspended temporarily. We were able to provide individual counseling services on a small scale until the very last minute.

Public health nurses play roles of improving residents’ health and welfare in collaborating with other departments, by grasping not only their health but also their living conditions and changes in their communities.

At the peak of the response to the coronavirus, not a few workers fell ill due to long working hours and stress. As some complained that they were not able to eat lunch and that they wanted to rather go home if they had time to go on a business trip or apply to work overtime, workers’ physical strength reached their limit. At the beginning of April, public health consultation centers temporarily suspended all of their operations and focused on infectious disease related services. Local offices coping with other public services are also overwhelmed by residents, and workers continue to struggle. The union is now calling for expansion of overtime allowances and special work allowances.

Understaffing impedes us from fulfilling our roles of protecting public health. The novel coronavirus has yet to be controlled, and we need to strengthen our systems to deal with its second and third waves. We have demanded an increase in workforce every year and have achieved replacement of the retirees as well as of the staff to take parental and sick leaves. We will continue to fight for drastic increase in budgets and staff.