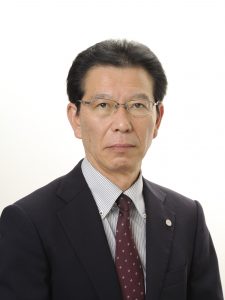 The Finance Ministry on March 12 reported to a board of directors meeting of the House of Councilors Budget Committee that it had changed or deleted nearly 300 parts in 14 documents related to the sale of state land to school operator Moritomo Gakuen.

The deletions included names of Prime Minister Shinzo Abe, his wife Akie, and some other politicians, as well as passages that Abe and Finance Minister Taro Aso assumed executive positions of the Japan Conference’s council of parliamentarians, a group related to the Japan Conference Osaka represented by then Moritomo Gakuen Chair Yasunori Kagoike. References to Akie Abe’s involvement in the land sale, which shows the “special characteristics of this case,” were also removed from original documents. The falsifications clearly indicate that this is an exceptional case involving the prime minister.

The documents were falsified right after Abe stated in the Diet on February 17, 2017 that he would resign as prime minister and lawmaker if evidence were found that he or his wife were connected to the scandal. While serving as head of the Financial Bureau of Finance Ministry, former National Tax Agency chief Nobuhisa Sagawa denied holding price negotiations with Moritomo Gakuen and said that records of negotiations with the school operator were discarded. It is hard to believe that Sagawa made decisions regarding the alterations all by himself. The Finance Ministry and the government were strongly suspected of involvement in the matter.

It is reasonable to think that the official documents were doctored systematically, and the finance minister and the prime minister bear grave responsibility.

We cannot overlook this issue as public-sector workers involved in public administration.

Article 15 of the Constitution says, “All public officials are servants of the whole community and not of any group thereof.” Distorting administration and losing citizens’ trust in becoming a servant of a certain “group” or those in power, what Sagawa did was against this provision.

This scandal most clearly symbolizes the Abe Cabinet’s policy of “sontaku” (roughly meaning surmising of wishes of others) and can be the worst form of local governments’ practice of “sontaku” for the cabinet as they prohibit pro-constitutional groups from using public facilities or cancel their support to events hosted by such groups on the grounds of maintaining “political neutrality.” It has also shown that such practice can risk public workers’ lives.

The root cause of the problem resides in a series of “Civil Service Reform,” including the establishment of the Cabinet Bureau of Personnel Affairs for integrated control over the appointments of senior bureaucrats.

Without citizen-oriented governance, workers, who have more opportunities to come in contact with citizens, will be put on the receiving end of popular anger. It would say that the democratization of public administration is an essential object of the union members at each of the national and local governments.

The Constitution requires the separation of powers: the legislature, the executive, and the judiciary. The Finance Ministry falsification of the documents, the submission of which were demanded by the Diet, is wrongdoing in that the executive branch made light of the legislative. Prime Minister Abe and the whole Cabinet as well as Finance Minister Aso are to be held responsible for it. United efforts between citizens and opposition parties strongly call for a thorough investigation into the Moritomo scandal and resignation of the Abe Cabinet.

We continue to strive to enable public workers to fulfill their duties as “servants of the whole community and not of any group thereof.”