“The day on March 11, now and the future” the national exchange meeting connecting colleagues in the Tohoku region and nationwide

The words, “importance of life” and “employees working for residents,” encourage municipal workers 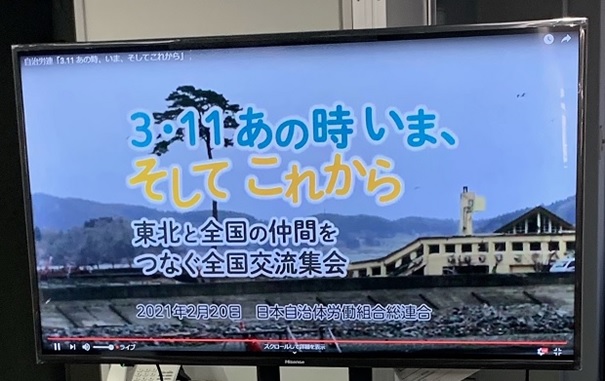 “3・11, now and the future”
the national exchange meeting connecting colleagues in the Tohoku region and nationwide

To mark the 10th anniversary of the Great East Japan Earthquake, Jichiroren on February 20 held an online meeting, “The day on March 11, now and the future: the national exchange meeting connecting colleagues in the Tohoku region, or the northeastern part of Japan, and nationwide”. 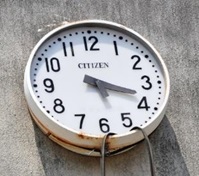 Jichiroren members in the quake-hit Iwate and Fukushima prefectures shared their experiences of working for local residents in the wake of the disaster as well as their thoughts as municipal workers and renewed their determination for ongoing recovery efforts.

In his opening remarks, Jichiroren President Shingo Sakurai stated, “The national government’s continuous cuts in public services have delayed post-disaster reconstruction works. It would not learn from the experiences and is now creating delays in responding to the coronavirus.” He added, “Let us call for expansion of public services and build a Jichiroren organization with all our members throughout the country supporting each other.” 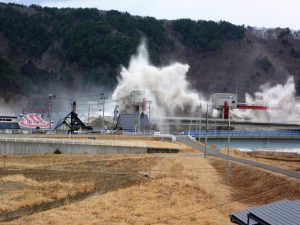 Rikuzentakata City Mayor Futoshi Toba in his video message extended his appreciation for Jichiroren’s volunteer works following the great disaster. He expressed his thoughts based on the disaster experiences by saying, “In case of emergency, in order for us to be able to exert 100% of our capabilities for residents in our communities, we must avoid losing the lives of municipal employees.”

Five Jichiroren members who went through the disaster in Iwate’s coastal area described how they worked night and day to operate morgues and evacuation centers followed by reconstruction efforts. They also shared their current feelings:

“The role of municipal workers is to help residents feel safe. For our colleagues who fell victim to the disaster, we who are left behind must do our best.” (Otsuchi Town employee) 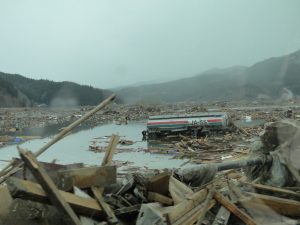 “Even if we municipal workers are affected by a disaster, our priority is to protect residents’ livelihood. This applies to all public employees in disaster-hit areas. And protecting our working conditions is also important.” (Rikuzentakata City employee)

“I know difficulties still lie ahead, but it is important to maintain hope while trying to move forward. The situation of medical workers in the coronavirus pandemic has things in common with ours at the time of the great disaster.” (Ofunato City employee)

Fukushima: Unrestored areas are left behind 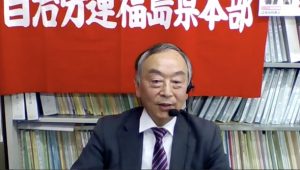 “In Fukushima where the nuclear accident occurred, there are areas left unrestored even after 10 years. The broken nuclear power plant has not been repaired and remains as the most dangerous facility in Japan. Municipal workers are working with hope to reopen public services and build foundations for residents’ livelihood, but they also have impatience and disappointment as things are not moving forward as expected. We need to build a politics that prioritizes people’s lives, not money, and a society without nuclear power generation as soon as possible.”

Iwate: Municipal workers have put “for the sake of residents” into practice before words 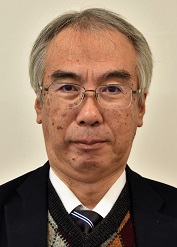 “Our colleagues in the disaster-hit areas have been working ‘for the sake of residents’*, even if they have not expressed it in words. There will be many more difficulties and challenges ahead of us, but we will try to overcome them by uniting among municipal workers. To that end, let us make Jichiroren stronger, strengthen our solidarity, and make sure we fulfill our roles as union members in every workplace.”

*‘For the sake of residents’ is one of behavioral principles of Jichiroren.

A decade reconstruction effort from disasters, with union members supporting each other, in the Tohoku Region and throughout the country 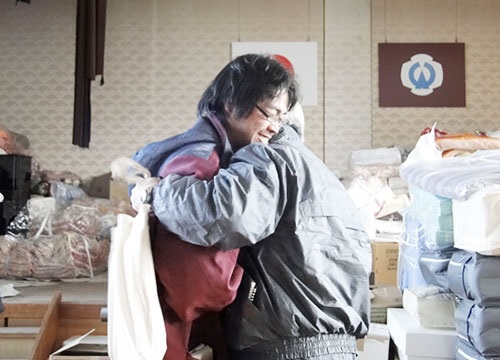 Union members hug each other for joy at an evacuation center in Otsuchi Town, Iwate pref.
Just days after the destructive historical earthquake and tsunami.

Jichiroren’s truck is leaving for Iwate, loaded with relief supplies sent from union members nationwide.
In front of Jichiroren’s central office in Tokyo, early on the morning of 24th March 2011 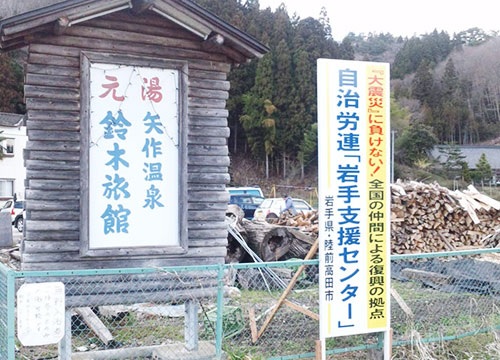 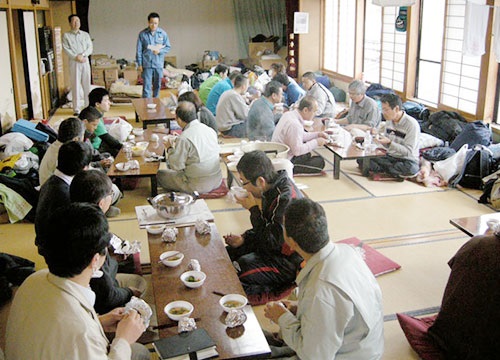 A pre-work briefing of volunteers over breakfast in which they confirm where, what and how to work every morning.
・・・・・・・・・・・・・・・
During Jichiroren’s own relief effort, more than 5000 members in total from many parts of the country joined volunteer activities at the disaster-stricken area. 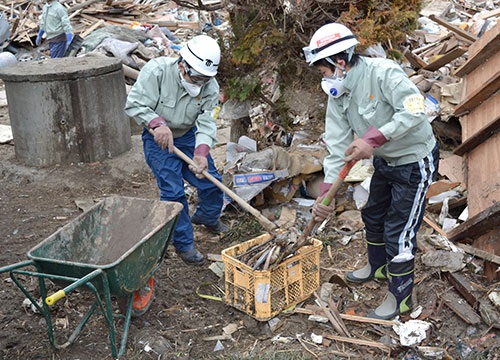 At an evil-smelling site, Volunteers are struggling to remove a pile of rotten frozen Pacific saury leaking from a fish meat factory. 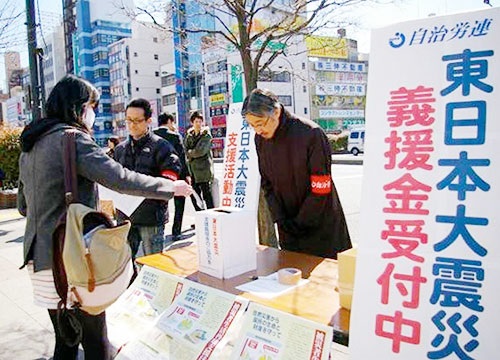 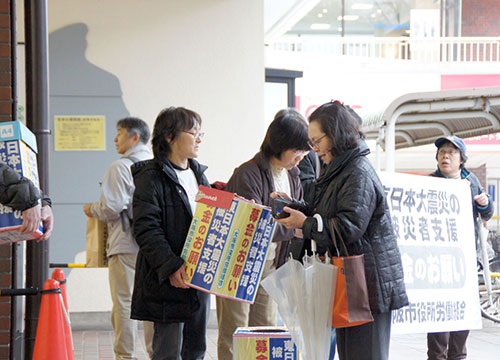 In many parts of the country, local members of Jichiroren call for support for people at the disaster-stricken areas.
(Photo: Action in Osaka City, located in the western part of Japan) 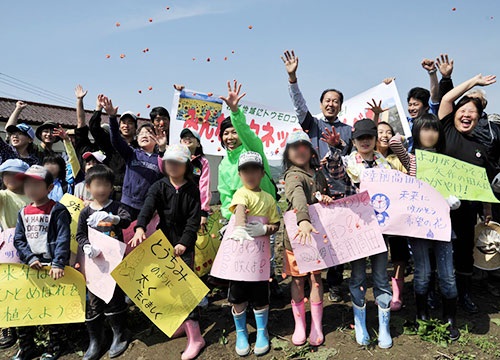 Five months after the tsunami hit the area, union members and local children wave their hands for joy after sowing seeds of sweetcorn and sunflowers as a measure for removing salt from the soil. 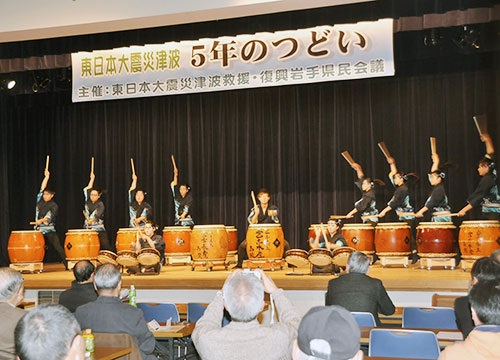 An event commemorates the fifth anniversary of the Great East Japan Earthquake, in Iwate Prefecture, in March 2016.
・・・・・・・・・・・・・・・
People gather for this annual event to remember how they suffered damage from the tsunami. 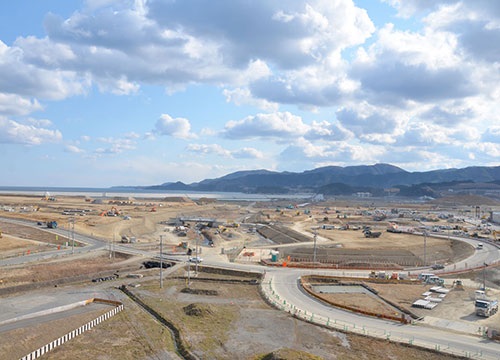 Six years have passed. The whole town gets ready for development after the ground level was raised with fill.
In Rikuzentakata City in March 2017. 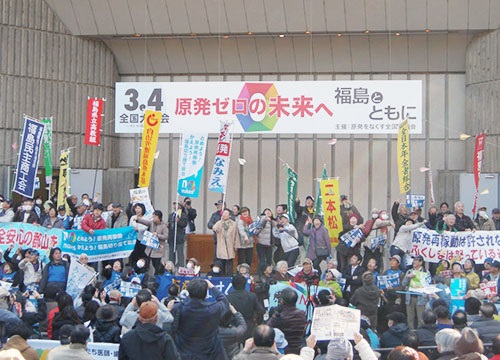 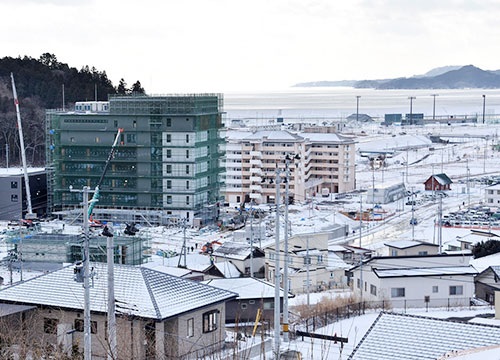 Now, 10 years on, a town devastated by the tsunami has been reconstructed thus far. 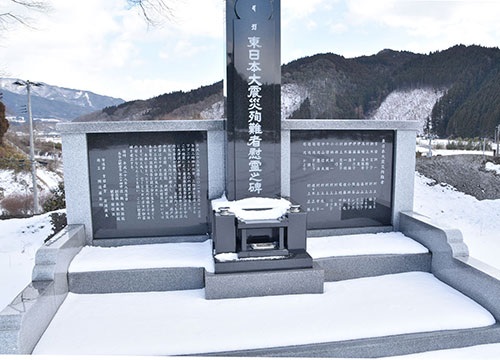 A memorial monument to victims of the tsunami stands on a high point in Rikuzentakata City.
・・・・・・・・・・・・・・・
The monument inscribes about the disasters that claimed precious lives of over 1,760 residents. Determination of people surviving from the tsunami is also engraved on it: We are determined to support citizens’ lives toward future and hand down the calamity of the disasters for generations.