Although the national government’s Central Minimum Wage Council in July failed to recommend an increase in regional minimum wages in fiscal 2020, local minimum wage councils in 40 out of 47 prefectures in August decided to increase minimum hourly wages in their prefectures. This is a valuable outcome of the labor union movement in Japan.

The central council had recommended a raise in regional minimum wages by more than 20 yen annually for four consecutive years until 2019, but set it at zero yen this year amid significant drops in corporate earnings due to the COVID-19 pandemic. In response to this, labor unions throughout Japan argued that wages for low-paid workers must be raised under the present sluggish economy and achieved an increase though a small amount. 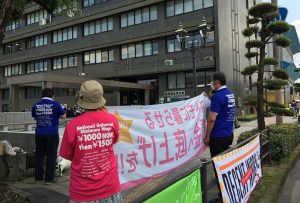 The National Confederation of Trade Unions (Zenroren) has conducted surveys on the minimum cost of livings in many parts of Japan, and local organizations of Jichiroren have played central roles in this effort. The surveys are aimed at determining the minimum amount of incomes needed to maintain a decent life with monthly payments for food, clothing, and housing. The results–suggesting that a minimum hourly wage must be 1,600 yen or higher to have a decent life in both a large city and countryside–have helped extend support for a minimum wage increase among conservative politicians and local business owners.

In Saga Prefecture, the result of a survey conducted by local unions was submitted to the Local Minimum Wage Council for the first time. Many members of the council recognized it as an important indicator for determining the minimum wage.

In Nagano Prefecture, 390 members of Jichiroren responded to the survey. Members from various unions across sectors and industries then had heated discussions of what “a decent life” is about based on the survey results. This made clear that the definition of “a decent life” is different for each person, but that it cannot be guaranteed unless the minimum wage is 1,600 yen or higher. The local council in Nagano recommended 849 yen this year, only 1 yen increase from the previous year. Union members who had joined the survey felt frustration and anger over the council’s decision, but they said that they were confident of their demand based on the survey results and wanted to utilize it for their struggles. 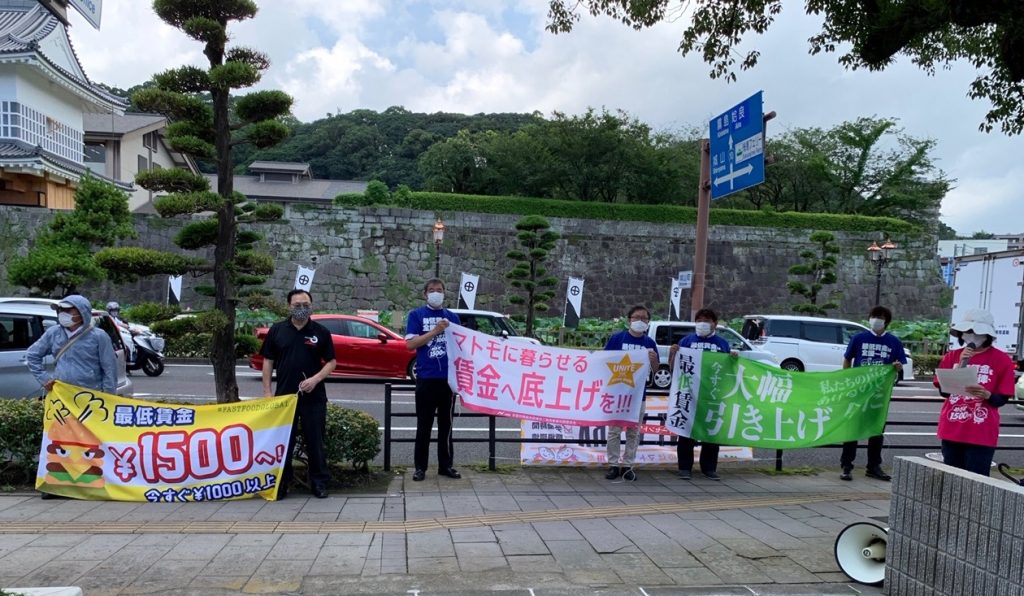