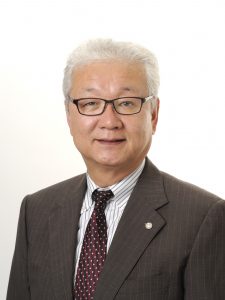 Happy New Year! Although the Abe Cabinet’s runaway policies were further accelerated in 2016, citizen to citizen cooperation expanded steadily, giving us hope for possible political changes. Let us join forces to make 2017 a major turning point for changing politics and for realizing our pressing demands

Prime Minister Abe has attempted to maintain public expectations for his “Abenomics” economic policies by insisting that their implementation is still at the halfway stage. He has attempted to strengthen ways to adversely revise the Constitution by extending his term of the Liberal Democratic Party presidency and by dissolving the House of Representatives for a general election.

However, his monetary easing policy has not been effective. The economy has stagnated, and consumer spending continues to be weak. U.S. President-elect Donald Trump has pledged to withdraw from the Trans-Pacific Partnership (TPP), which Mr. Abe argues is the main pillar of his growth strategy. Mr. Trump also says that he will demand further trade concessions at bilateral negotiations. Meanwhile, it is clear that Mr. Abe’s “work style reform” would make labor policies subservient to economic policies and subvert workers’ rights.

While exacerbating the contradictions between its policies and what citizens and workers are calling for, the Abe Cabinet has used the power of its parliamentary majority to break rules and railroad its policies through the Diet. We need now to increase public voices to change the worst runaway cabinet of post-war Japan.

The 2017 Spring Struggle has started.
Thanks to our tenacious struggles, neither government nor business circles can deny the increasing public opinion that a minimum wage raise is the best prescription for economic recovery. Let us make further efforts to establish a unified minimum wage system and encourage local governments to adopt public contract ordinances to protect subcontractor employees in publicly funded projects, and to achieve wage increases which will help insure better living conditions and lead to a narrowing of social disparities.

We can overcome the recent rise in poverty and widening social disparities by promoting measures for income redistribution, such as requiring large corporations to pay a fair share in taxes, improving social security programs, and securing local governments’ finances that support their residents and the necessary number of their workers. Let us continue our struggles in every union and workplace to increase budgets and employees so that we will be able to create “Konna Chiiki to Shokuba wo Tsukuritai”*.

I wish you all the best for this year.

*A slogan of Jichiroren’s campaign, which literally means “We want to create such Communities and Workplaces”, to eradicate long working hours and to secure necessary finances and employees in local governments in efforts together with residents to encourage local administrations to make the best use of the Constitution.
On the slogan “Without prosperity of residents, we will gain no happiness”, Jichiroren has been working for demands of citizens as well as of public service workers, since found. We consider that the two are inextricably linked.