Jichiroren on January 20 held a study meeting for medical workers about “protecting lives and communities”. Many nurses and clinical technicians from different areas of Japan participated in this 12th annual meeting to study situations of community-based medical care and exchange related activities in order to demand better community healthcare and public hospitals. 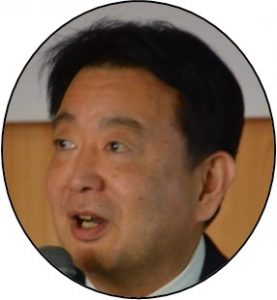 Masaru Masuda, Jichiroren’s bureau chief of the constitution and policy, stated in his lecture that under the community healthcare initiatives and its new guidelines for public hospital reform, the Abe Cabinet reduces the number of hospital beds as well as closes and merges hospitals toward 2025. He said, “For residents to continue to live in their communities without anxiety, it is important for municipal hospital workers to grasp and analyze local demands on healthcare services and promote cooperation between medical and nursing care services. The workers need to let residents know issues and information, listen to their opinions, and tell them about roles of municipal hospitals.”

Participants from Iwate, Tokyo, Osaka, Ehime, and Nagano reported on their local activities.

A member of a medical workers’ union in Oshu City, Iwate Prefecture, spoke that the city has difficulties in maintaining perinatal and pediatric care services. “Collaboration with citizens is essential to maintain local healthcare services they need. We try to work with young parents’ groups and other citizens’ organizations,” he said.

Reporting on their struggle against a plan to turn Tokyo Metropolitan hospitals into local independent administrative institutions, a representative of the Tokyo Metropolitan Government’s health bureau workers’ union stated, “Under the media incorrectly reporting that 40 billion yen necessary for operating public hospitals are debts, we have launched a liaison organization for better public hospitals and carried out study sessions and signature drives. By collecting one million signatures and engaging in a dialogue with two million people, we want to make the authority give up the plan.”

In his report on a lawsuit over unlawful pay cuts, a union member of Rinku General Medical Center in Osaka said, “The union has more than doubled the number of its members throughout the struggle. We will keep fighting at the court in order to redress the unfair pay cuts.”

A representative of Tsushima and Yoshida hospitals workers’ union in Ehime Prefecture told that when critical infrastructure was damaged by heavy rain in July last year, hospitals staff joined forces to maintain hospital functions and the local government’s assistance was critical to secure vast amount of water necessary for operating hospitals.

A union member of Asama General Hospital in Nagano Prefecture said, “By visiting union members’ workplaces last year, we reaffirmed the importance for both the union and its members to have face-to-face dialogue with them and listen to their demands. Maintaining labor-management relations on mutual trust, we are aiming to work together to protect residents, patients, as well as hospital workers.”

On the following day, January 21, many of the participants made representations to the health ministry and the internal affairs ministry to convey their demands on the national government. They also visited and had talks with officials of the Japan Municipal Hospital Association and the Japanese Nursing Association, respectively. 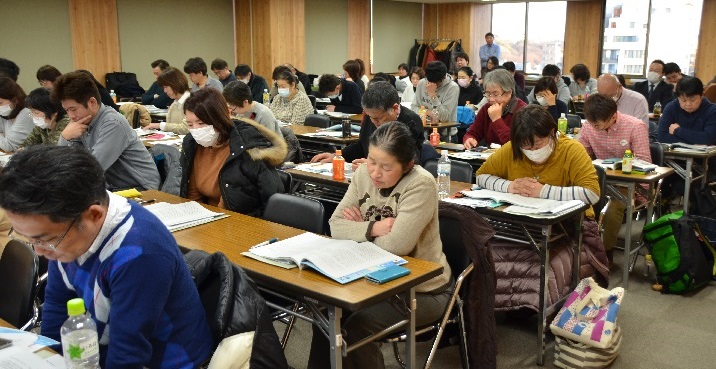