2023 New Year Message from the President

We wish you a Happy New Year. 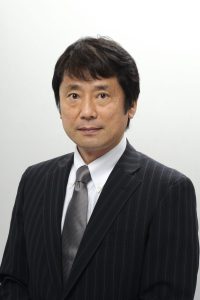 Three years have passed since the Covid-19 began to spread in Japan. We would like to reiterate our respect and gratitude to those who have continued to work hard in various workplaces to protect the lives and livelihoods of residents.

Since last year, Russia’s invasion of Ukraine has killed many people and destroyed towns. In the wake of this, the administration of Japanese Prime Minister Fumio Kishida tries to drastically increase military spending and build a military posture capable of launching preemptive strikes against other countries. It would abandon the exclusively defense-oriented principle that successive governments have maintained as their official policy, causing further tension in the world. Japan should not expand its military but strive to make its pacifist Constitution known to the rest of the world.

The government must address a mountain of issues directly affecting people’s livelihoods, such as the prolonged spread of the Covid-19, the abnormally high cost of living, the structure of low wages that has continued for a quarter of a century, and the declining birthrate. Now is the time to amplify the calls to cut military spending and use it on livelihood, welfare, and education and to expand public services throughout the country.

Last year, efforts spread nationwide to improve fiscal year-term appointment staff’s* treatment and eliminate their excessively long working hours by getting related laws revised. They drew wide public attention on the issue, which was discussed in the national Diet. Voices and wisdom of those who are fighting in various fields have greatly contributed to this nationwide campaign.

Simultaneous local elections will take place this year. The elections are important for local government employees and other workers in the municipal service sector as well as have an impact on national politics. Let us realize our demands through the upcoming elections.

Gaining strength from solidarity with our colleagues in workplaces and collaboration with local residents, we look forward to continuing to work with you all this year in order to block Japan’s military expansion and to build a society where everyone can work and live in peace and good health.

*Fiscal year-term appointment staff are appointed under the employment formula introduced in 2020, with a term of office of one financial year (April to March).