2020 New Year Message from the President 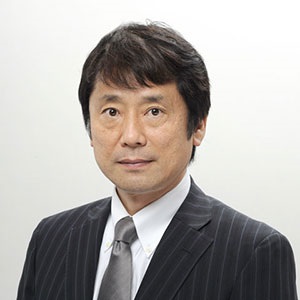 I wish a Happy New Year to all union members and the readers of “Jichitai no Nakama”*. I hope you will join us and cooperate with us in the Jichiroren movement to realize all workers’ and residents’ demands this year.

Over the last two years, earthquakes, typhoons, and heavy rains have inflicted major damage on many places throughout Japan, which have revealed various tasks and lessons.

Due to cuts in the number of municipal employees and their replacement with non-regular workers that have been conducted for a long time, many municipal offices are now insufficient to respond to natural disasters. Not only that, outsourcing operators do not fulfill their responsibility as provider of public services. Creation of safe communities with disaster damage prevention plans and substantial public offices are necessary. At the same time, we need to demand more strongly that the national government and major corporations commit to cutting greenhouse gas emissions that cause climate change.

For workplaces where every worker can keep working without anxiety

Struggles to eradicate long working hours and realize demands related to the introduction of a fiscal year-term appointment system have taken place throughout Japan. However, in addition to personnel shortage and increase in the number of non-regular workers, the national government’s policies, including cuts in national subsidies to local governments, have constituted a major obstacle to realization of our demands. In addition to our ongoing struggles in each workplace, we need to join hands with our colleagues throughout Japan to pursue the national government’s responsibility.

To create a municipality where every worker can continue to work without anxiety and provide better services for residents, let us develop our workplace-based movement in each community this year.

United, we can change politics and realize demands

The Abe administration is trying eagerly to revise the Japanese Constitution in order to build a “war-fighting nation,” a move against the trend of the time. However, this move has been blocked by our struggles and united efforts of citizens and opposition parties.

In the world, citizens and non-nuclear weapon states that have suffered damage in environmental, harassment, and nuclear weapons issues are now active as driving forces for better world rules. If united, we can change politics.

Let us put an end this year to the Abe Cabinet, which is driving recklessly and isolating itself from the rest of the world..

*”Jichitai no Nakama” is the monthly newspaper of Jichiroren. Jichitai means local governments, Nakama co-workers or associates at workplaces.